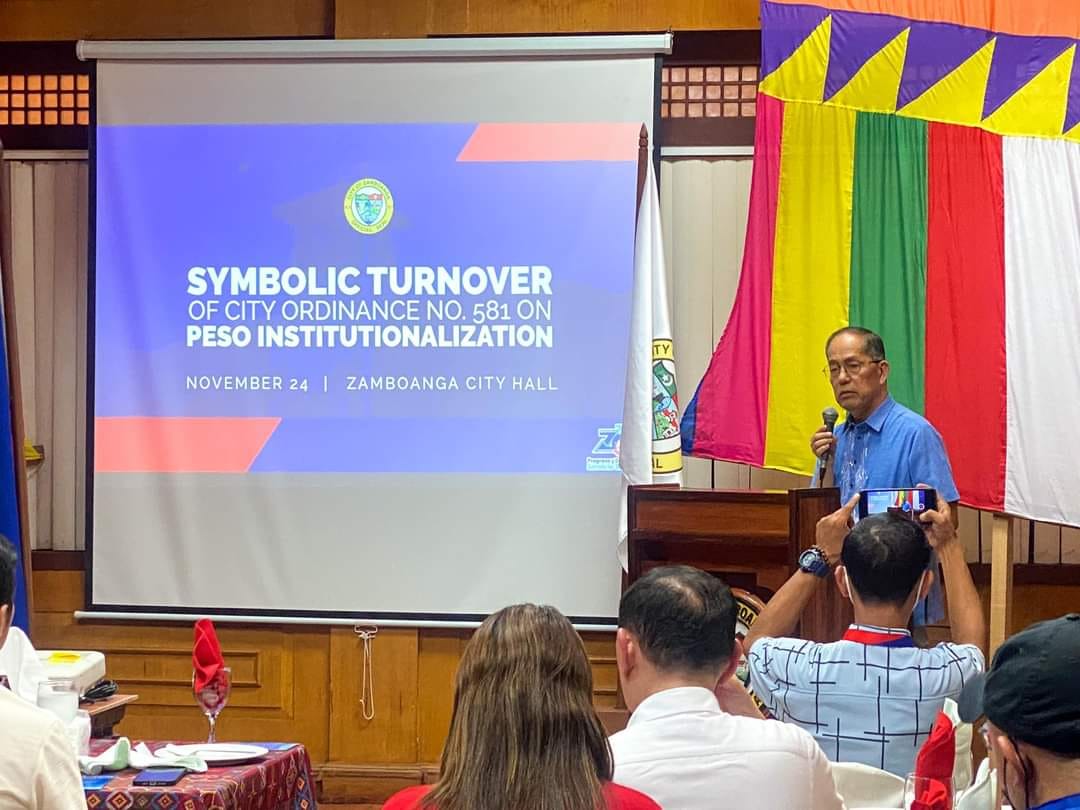 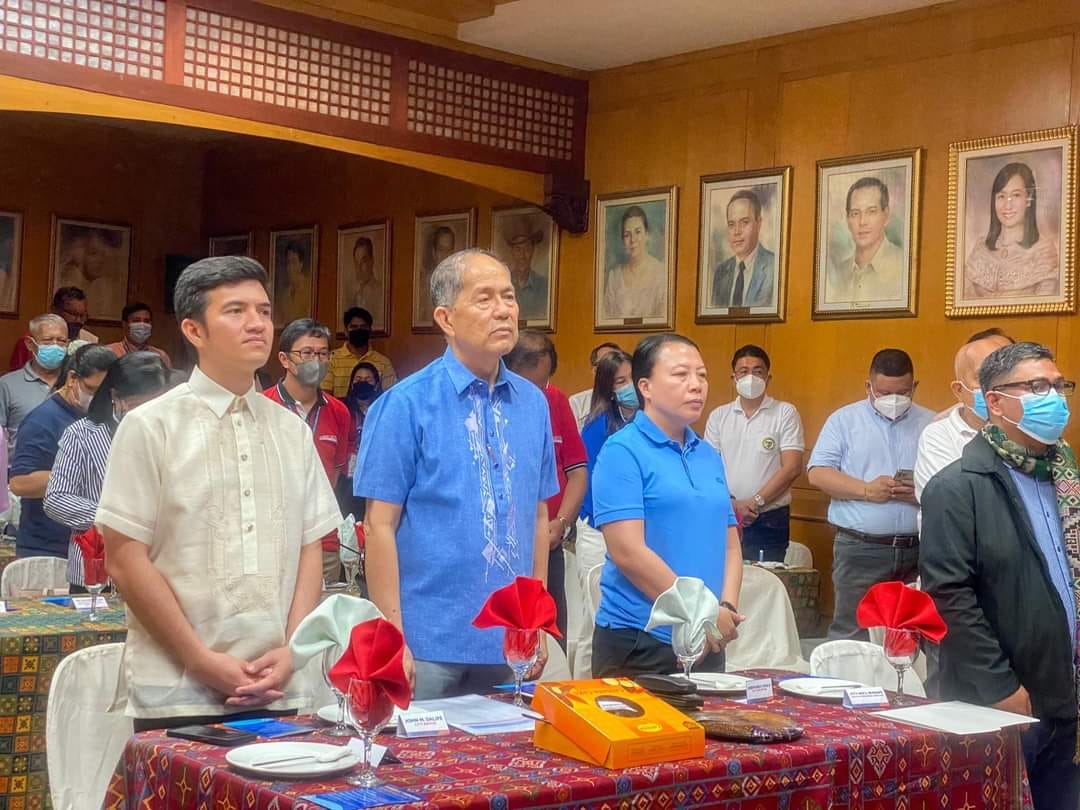 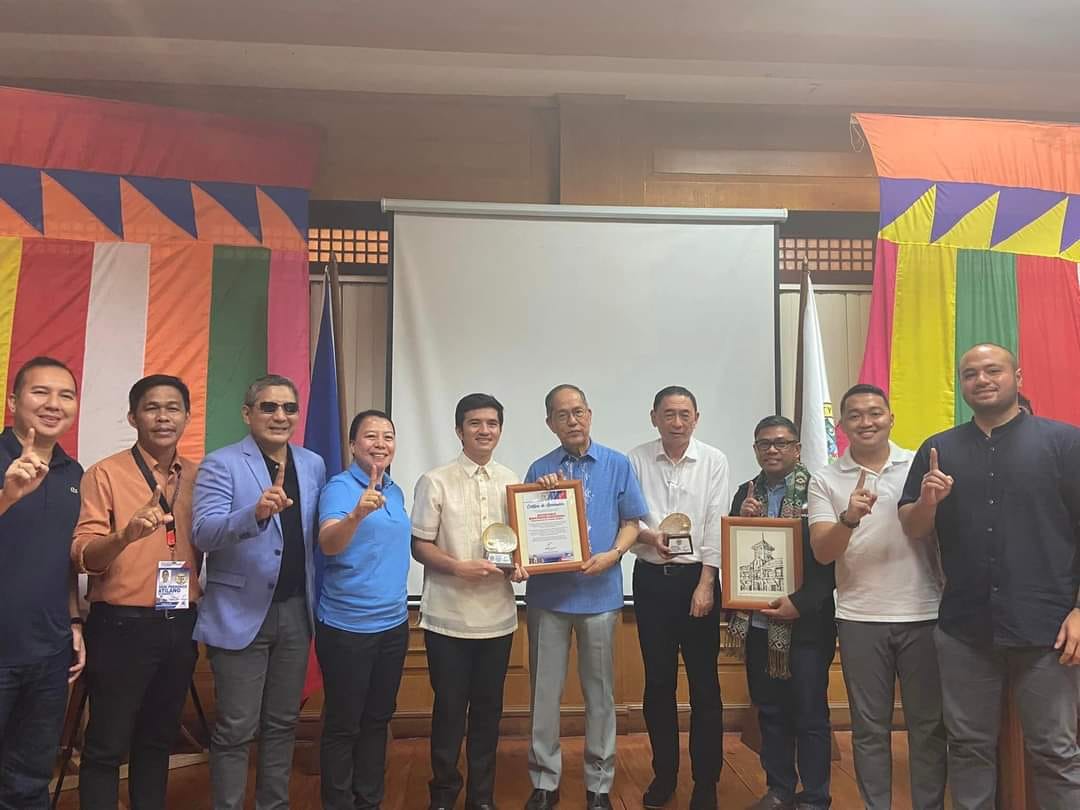 ZAMBOANGA CITY, November 24, 2022– Labor and Employment Secretary Bienvenido E. Laguesma has commended the city government of Zamboanga under Mayor John Dalipe’s leadership for being the first local government unit in the country to have institutionalized its Public Employment Services Office (PESO) through Ordinance 581 approved by the Sangguniang Panlungsod in record time of two months.

“The institutionalization of PESO will provide an opportunity for Zamboanga City to strengthen its employment programs and services. It will also foster cooperation among industries, employers and job seekers,” Sec. Laguesma said during the ceremonial turnover of PESO Ordinance 581 at City Hall Conference Room Thursday morning.

Laguesma said it was only last October 25 on the occasion of the National PESO Congress that he had wished the LGUs would institutionalize their respective PESO, and Zamboanga City did it in a short period of time.

“Ang bilis po ninyung sumagot sa pangarap ko. Maraming salamat po! Muchas gracias!” the DOLE chief said, adding that he had initiated the call for the institutionalization of PESO during his first stint as DOLE secretary in 1998, only it did not have the appropriate resources. “This is what we are working on now because we want continuity of service.”

Secretary Laguesma assured Mayor Dalipe that Zamboanga City will get a fair share from the DOLE’s sustainable livelihood programs to include the government internship program, and all other programs that the city hopes to accomplish under its institutionalized PESO, pursuant to the Labor and Employment Plan of Pres. Marcos’s administration.

For his part, Mayor Dalipe assured DOLE “of a committed administration” as he thanked the agency for “helping the city realize this breakthrough for the Zamboangueño people.”

He also thanked the members of the Sangguniang Panlungsod headed by Vice Mayor Josephine Pareja for the swift passage of the PESO Ordinance. “Our unity speaks of growth, and I hope to do more for our people,” he said with reference to VM Pareja and the councilors present at the symbolic turnover of the PESO Ordinance to Sec. Laguesma.

“Inclusively, we will have more job openings, partnerships and collaborations that will provide a better future for our people,” Dalipe said.