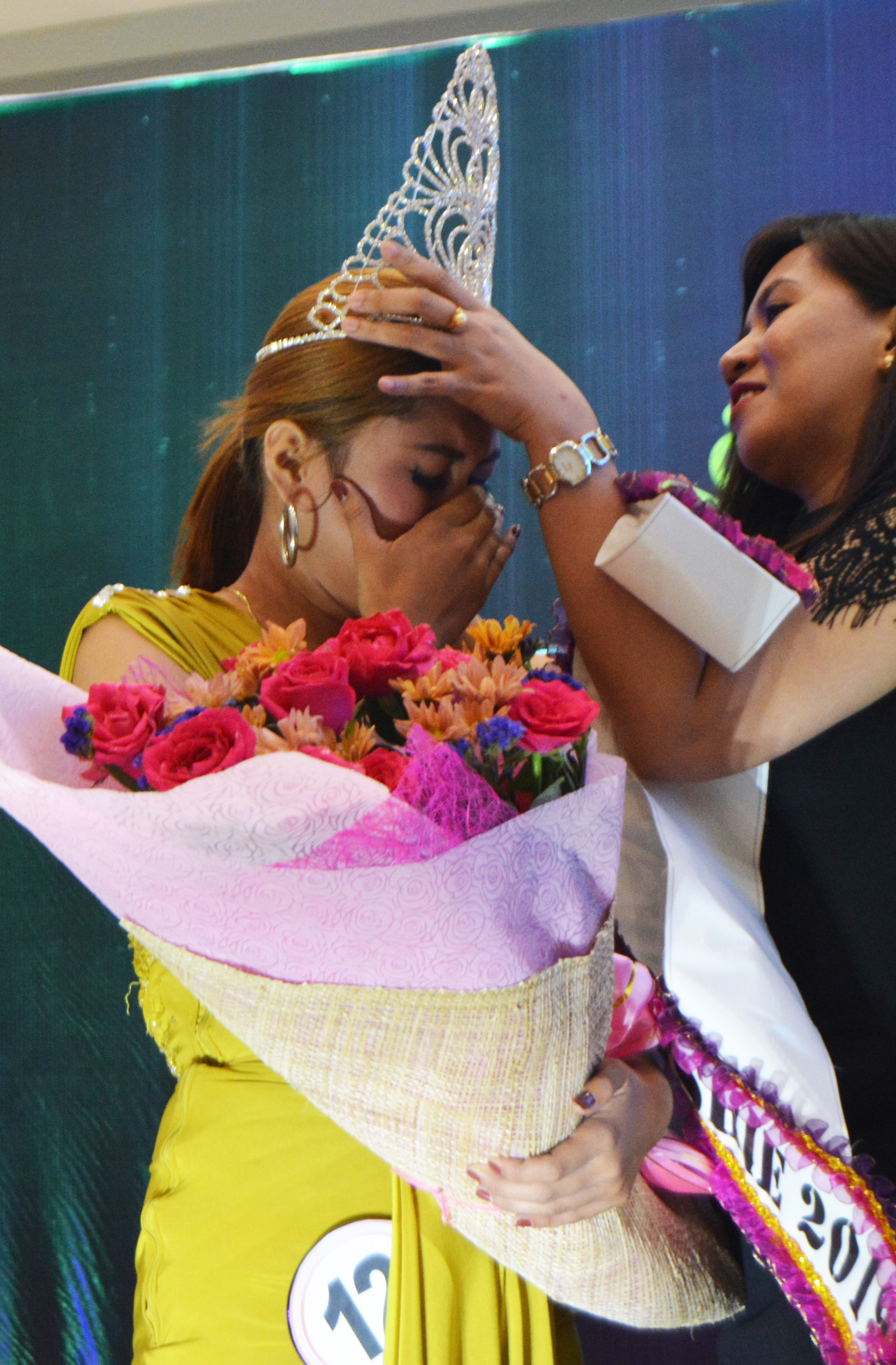 ZAMBOANGA CITY, May 2, 2019— Zamboangueña Kasambahay Shani Mae S. Andal was crowned “Miss Kasambeshie 2019” yesterday evening at a beauty pageant for domestic workers or “kasambahays” initiated by the Department of Labor and Employment Regional Coordinating Committee, Industrial Tripartite Council for Tourism and the Zampen Association of Kasambahays.

Andal, pleasantly surprised, welled up in tears when her name was announced as the grand winner of the pageant held at KCC Mall, Zamboanga City.

The 20-year old beauty, originally from Barangay Labuan, bested 11 other candidates from all around Zamboanga Peninsula.

The Top 12 candidates were chosen among 40 applicants through a screening process on April 28, 2019 after participating in a learning session tailored especially for them. Topics include productivity, dispute settlement, occupational safety and health for kasambahays and employee’s compensation program.

Andal competed against other contestants in several exposures including a production number, casual wear, long gown and casual interview.

Judges from the partner agencies such as the Social Security System, PhilHealth and Pag-Ibig were invited to help choose the winners.

Employers in full support of Kasambahays were also awarded in a separate competition dubbed “Lodi Employer”. Aside from providing kasambahays with salary and benefits required by the law, they give added benefits on top of the basic requirements. Geraldine Bolanao, Monira Texon and Karina Domingo won 1st to 3rd place respectively as Lodi Employers.

Dir. Domingo added that the said competition has already been institutionalized in Region 9 thus making it officially a part of the annual celebration of Labor Day.