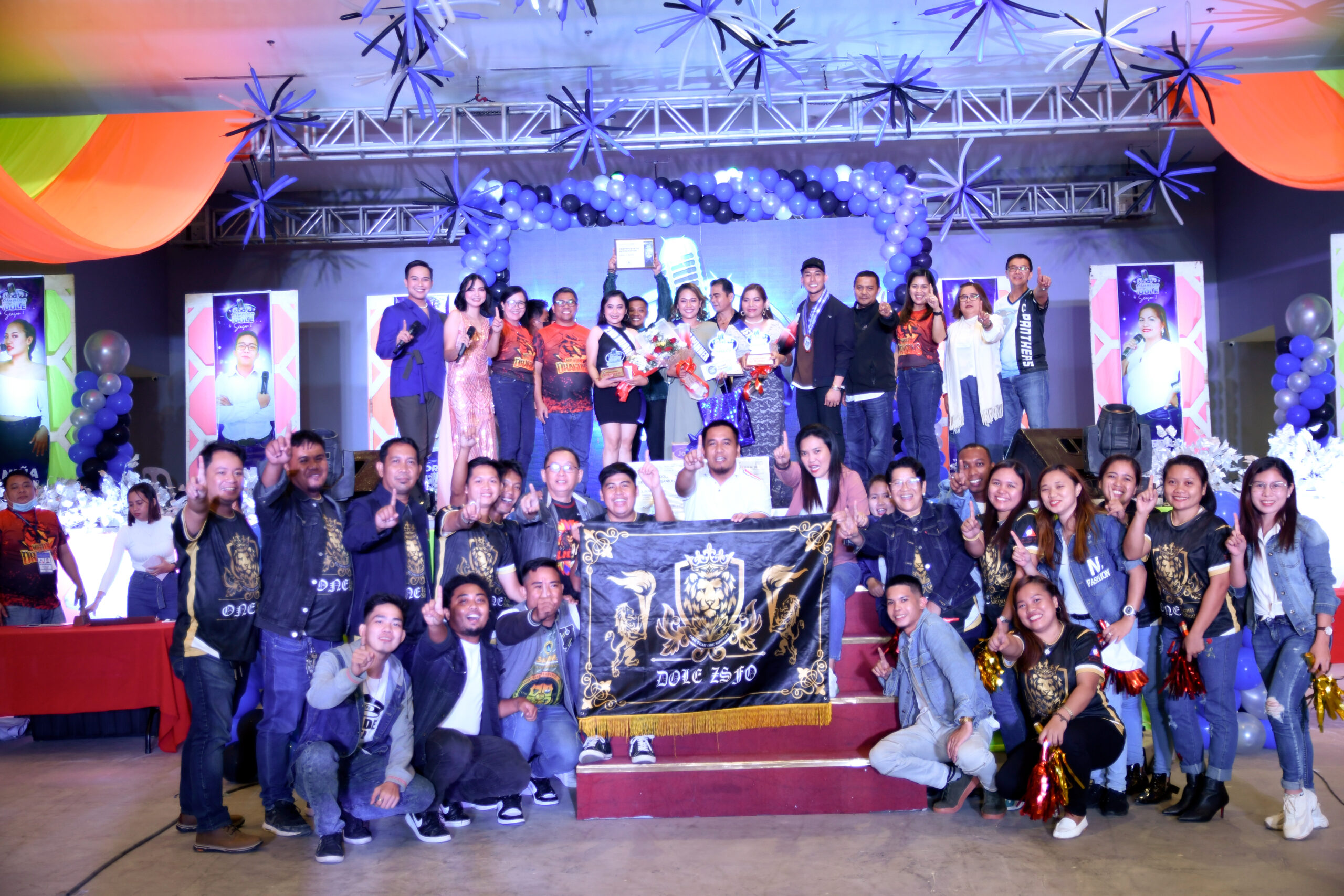 ZAMBOANGA CITY, December 12, 2022- The Department of Labor and Employment (DOLE) 9 concluded its celebration of the agency’s 89th anniversary on December 8, 2022 with an array of activities held at the KCC Mall de Zamboanga Convention Center, Zamboanga City.

With the theme “Kahapon, Ngayon at sa Habang Panahon, Kaagapay ng Bayan sa Pagbaghon,” this year’s anniversary celebration honored the employees who have worked to deliver the programs and services to citizens and customers.

The celebration began with a thanksgiving mass held at Sto. Nino Parish followed by a simple salo-salo (get together) at the regional office.

“The DOLE is what it is now because of the men and women behind it. Under the leadership of Secretary Bienvenido E. Laguesma, we have witnessed and experienced the changes brought about by the thrusts and directives that the administration is heralding.

I salute each and every one of the employees of DOLE and all attached agencies – for doing such a great job in performing their duties and responsibilities. As the year is coming to an end, we assess the gains, we see that we have achieved more than what is expected of us. That indeed is a major win for us,” said Atty. Roy L. Buenafe, regional director, in his message to employees.

Senior leaders and staff from the five (5) field offices, heads and staff of DOLE’s attached agencies, partners and guests attended the event highlight – Singing iDOLE Season 2 and awarding of winners for the DOLE RCC Sports Festival 2022. The event was an avenue to showcase the employees’ artistic side and foster camaraderie among the field offices and the whole agency as well.

“As part of the anniversary celebration, we launched a singing competition open to all DOLE RCC employees as well as a sports festival composed of various sports/games to promote mental health and strengthen employee morale, motivation and rapport. These activities were launched in September 2022 and culminated on December 8,” Atty. Buenafe said.

Aside from recognizing its employees, the event also highlighted the Gawad Kaligtasan at Kalusugan or GKK which is an award given by DOLE in recognition of outstanding achievement of establishments and individuals in terms of responding to the safety and health needs of workers, of workplaces and community. Special awards were handed out to Petron Corporation Zamboanga Depot and Western Mindanao Power Corporation.

“We are grateful to our partners in the public and private sector, who remain committed to helping us achieve our mandates and goals in the hopes of bettering the quality of life of our citizens and customers. We will give back to them by being prompt, honest and transparent in all our dealings,” said Atty. Buenafe. END