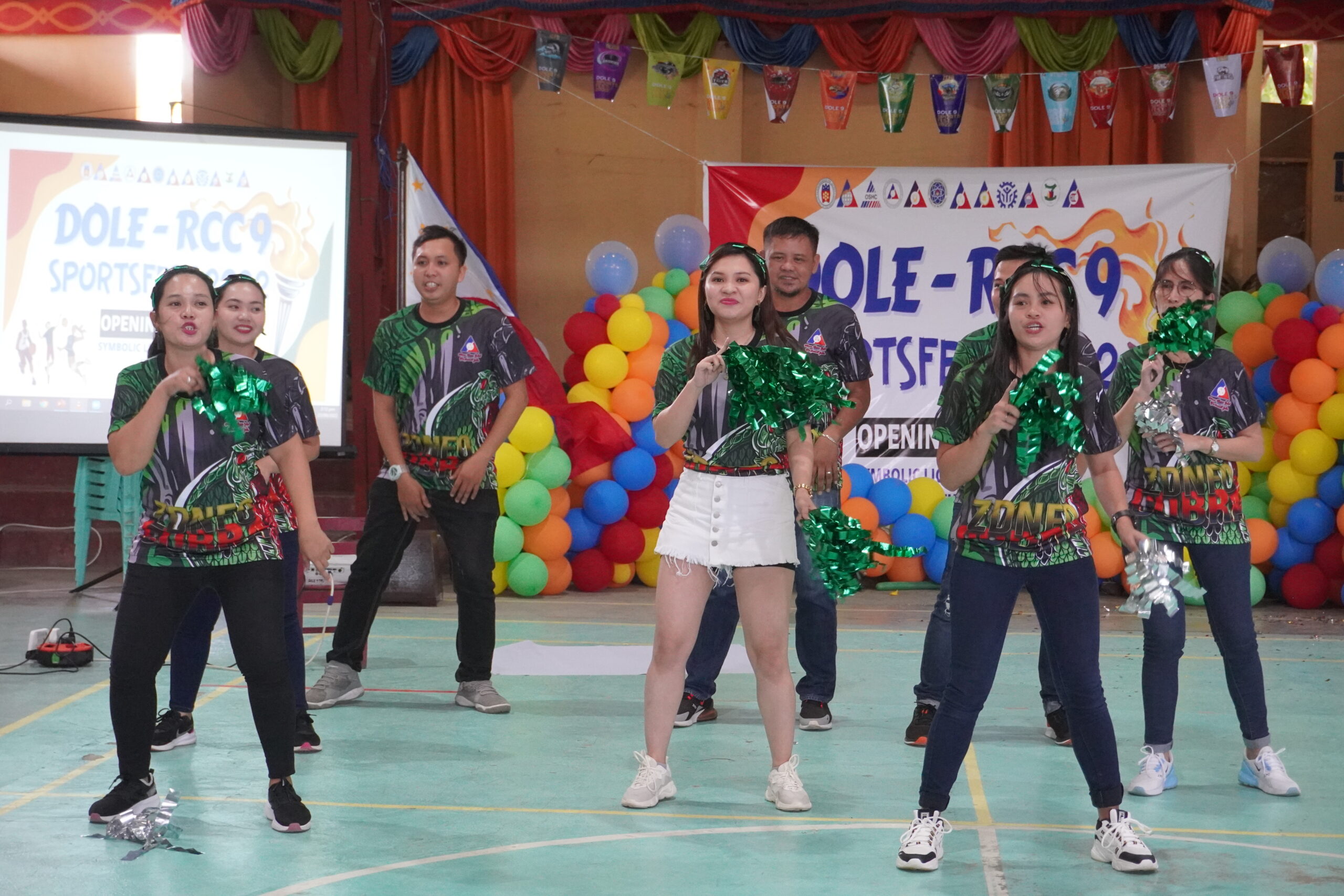 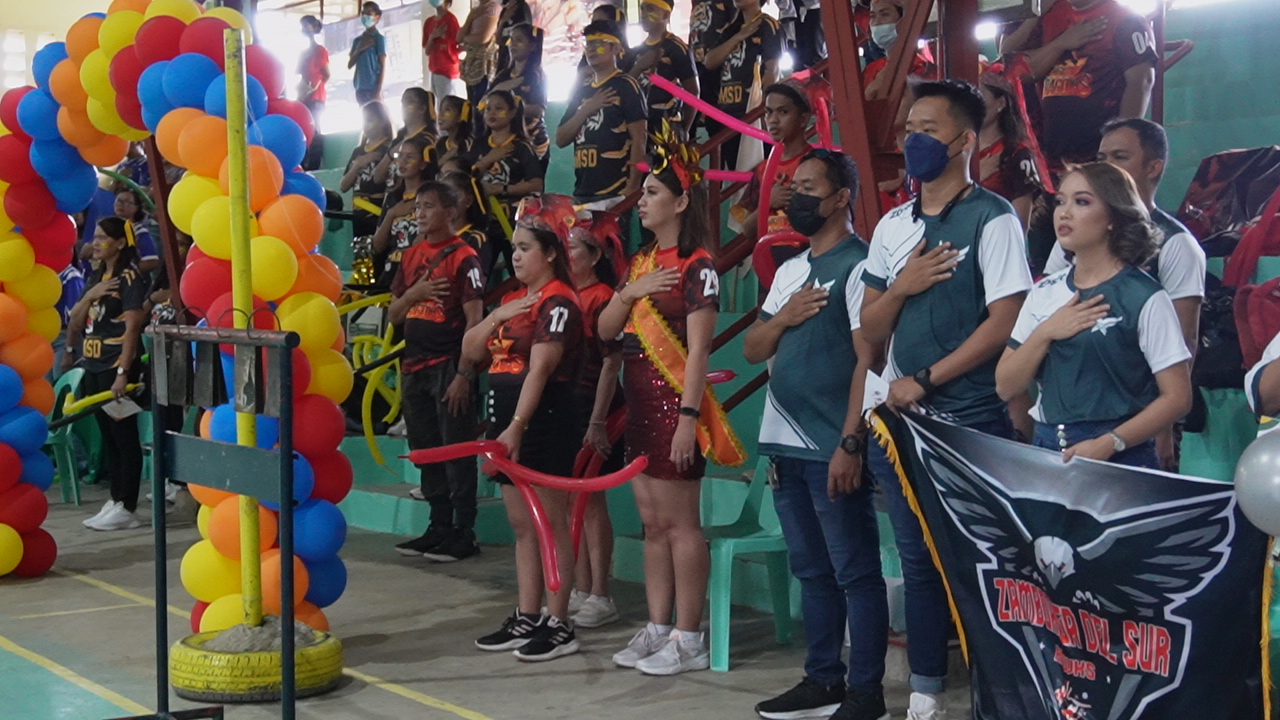 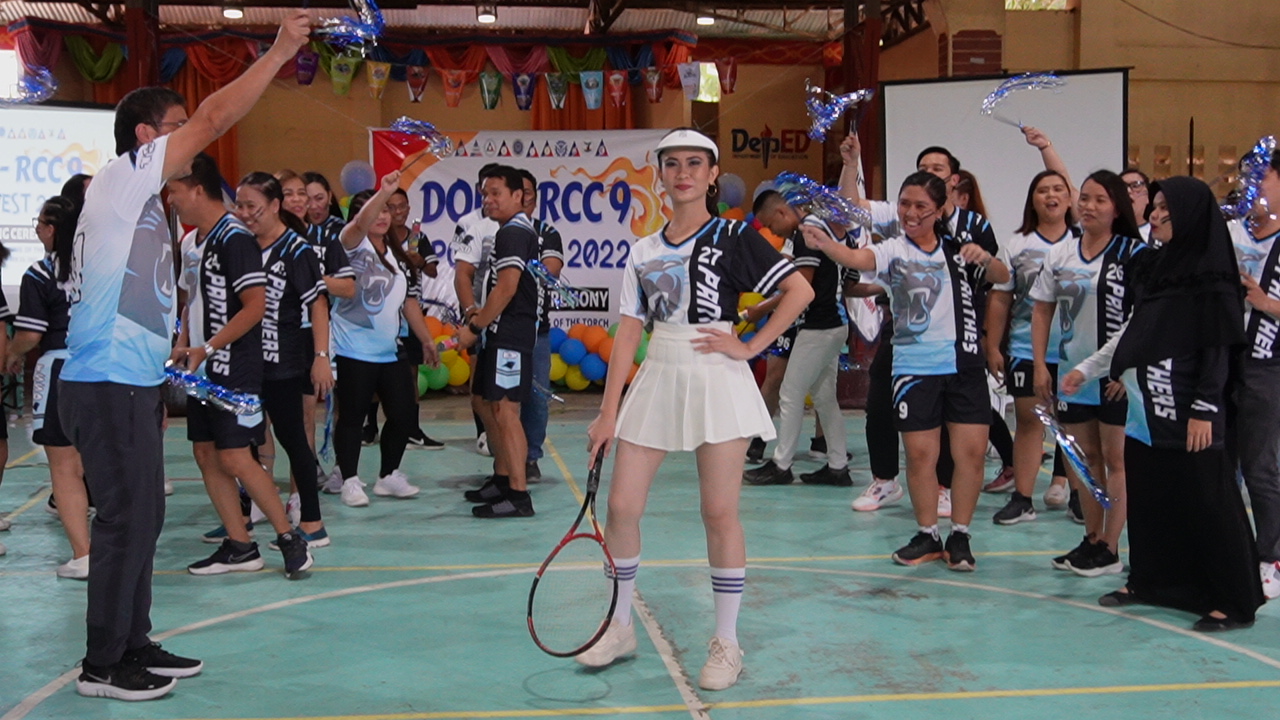 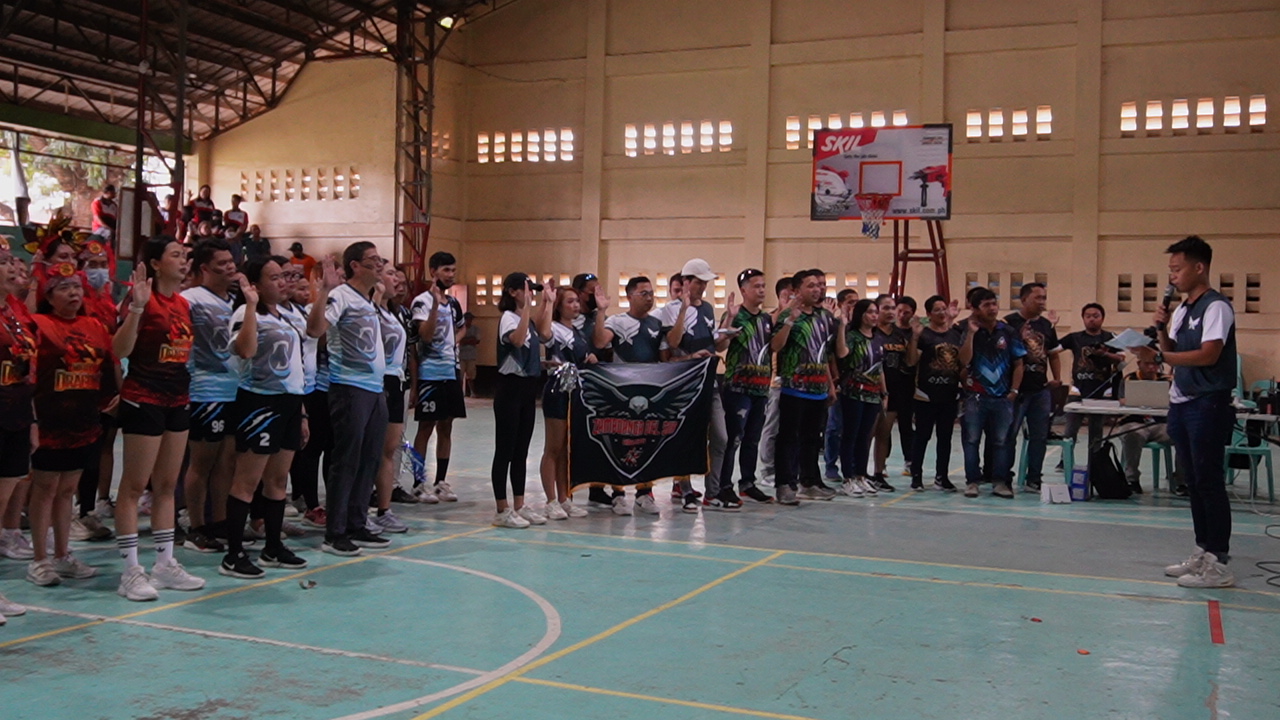 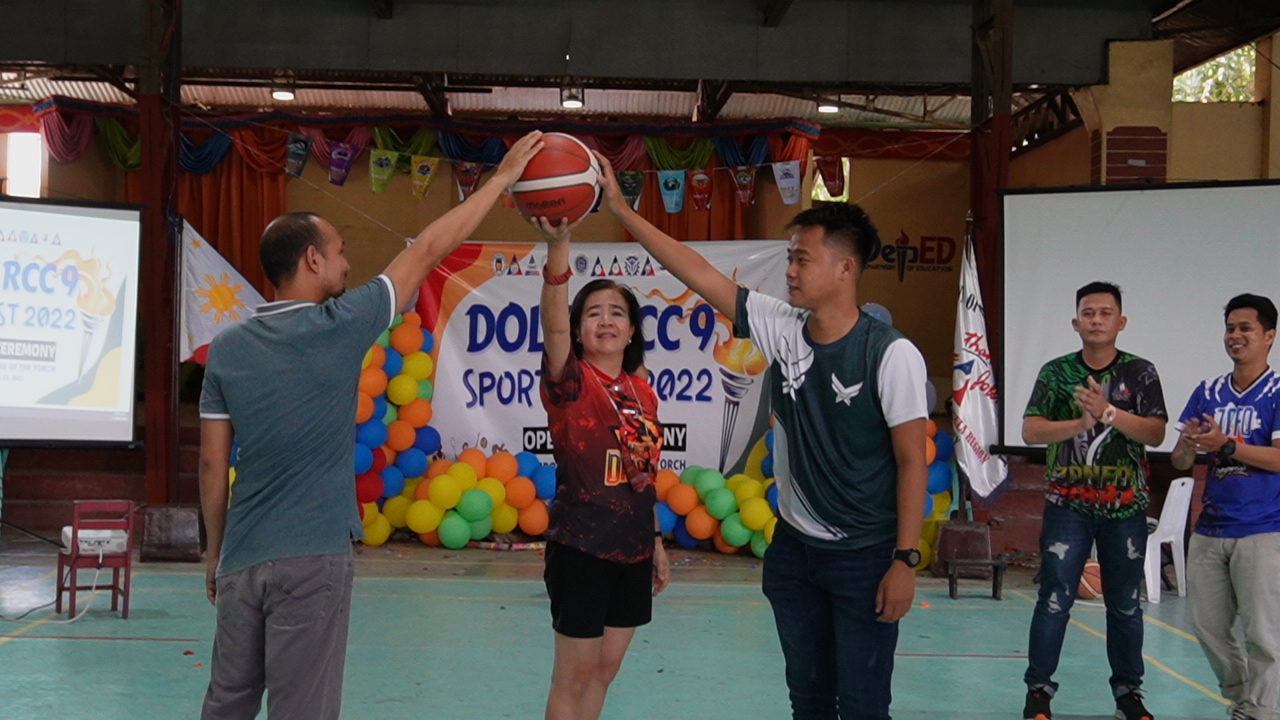 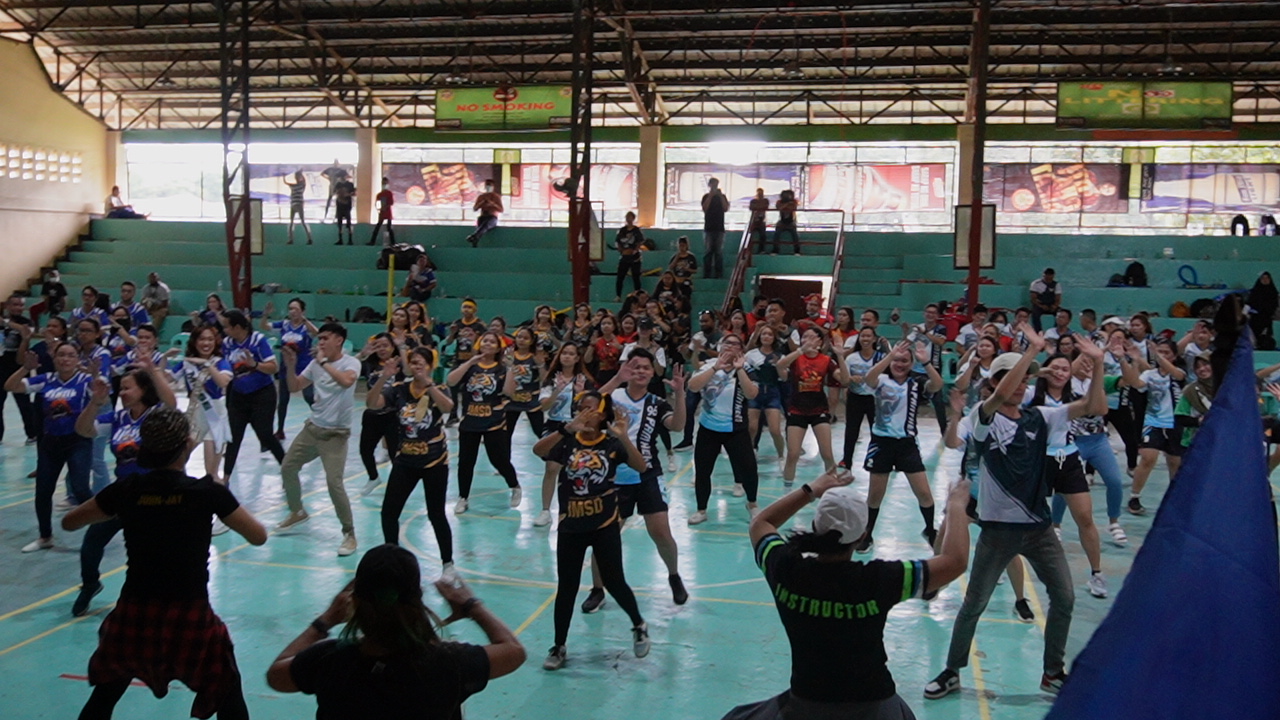 It consists of various sports such as basketball, volleyball, darts, badminton, table tennis and games such as jenga, chess and bingo. Talented singers will likewise have their spotlight in the 2nd season of Singing iDOLE.

The opening ceremony of the DOLE RCC sports fest began with a parade of teams, a live performance of their respective chants and introduction of muses.

Participating in the opening ceremony were not only employees of the regional office but also representatives from its five field offices and nine attached agencies.

As tradition dictates, the sports fest starts with a torch relay towards a cauldron which Assistant Regional Director Imelda F. Gatinao lights up, followed by an oath of sportsmanship.

“Employees are not robots, they need rest and recreation from time to time. To ensure that they live a balanced and healthy lifestyle, we push for activities such as this to boost their morale.

We follow the principles of one of our flagship programs, the Family Welfare Program. Not only is this applicable to the private sector but is also very effective for public servants,” said Buenafe.

The FWP seeks to introduce the concept of promoting the welfare of workers and their families as a key to workplace productivity and improved worker-management relations. It is an advocacy program that draws corporate support in promoting workers’ quality of life by adopting a family-centered approach in the workplace.

A sports festival is a perfect example of an FWP dimension – sports and leisure which are voluntary and non-competitive or competitive activities aimed at regulating the mental state of people.

Buenafe believes that this gives the employees something to look forward to despite the hectic schedule and workload.

“It also sets a good example for the private sector to emulate. The welfare of employees is vital in workplace productivity and improved worker-management relationships. Afterall, a healthy workforce is a happy and productive workforce,” Buenafe concludes.

The DOLE RCC sports fest is expected to run from September to November, culminating on December 8, 2022 which is DOLE’s Founding Anniversary. ◾