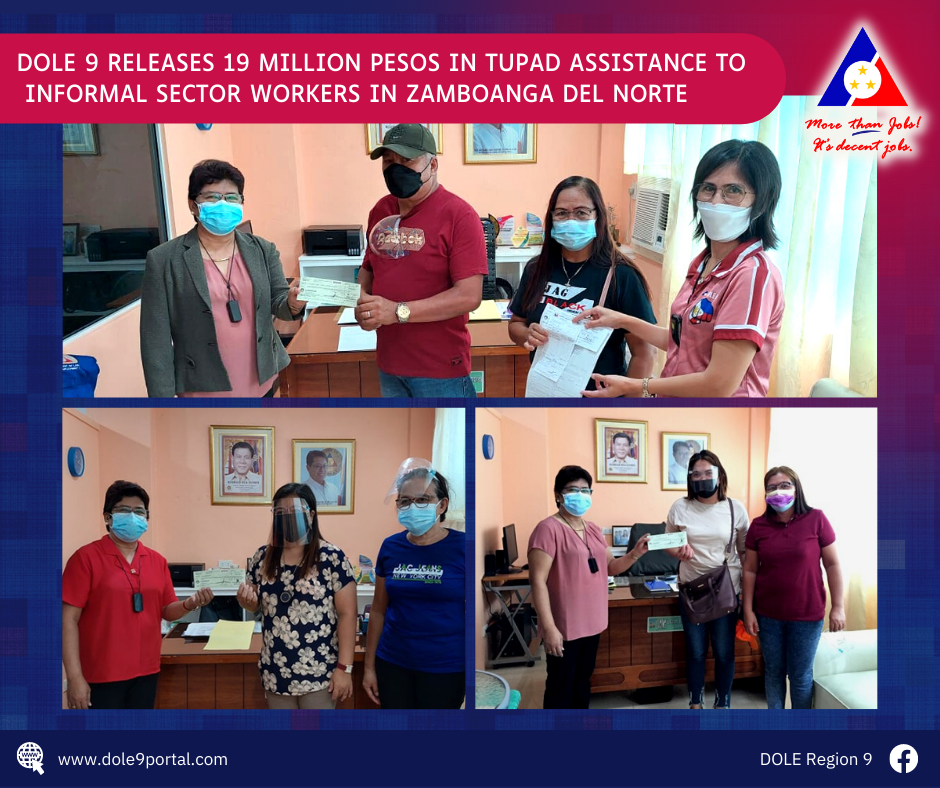 ZAMBOANGA CITY – The Department of Labor and Employment’s (DOLE) program for displaced and disadvantaged workers dubbed as Serbisyong TUPAD is on full throttle in the province of Zamboanga del Norte with over 19 million pesos released to various local government units for the implementation of said program.

“The informal sector workers are directly vulnerable to the economic fallout as a consequence of the COVID-19 pandemic thus we want to assist them through Serbisyong TUPAD. These beneficiaries will be engaged in short-term emergency employment where DOLE shall pay them wages for the period of days worked,” Atty. Buenafe added.

And the remaining amount of P4.2M were issued to different barangays of the Municipality of Kapitunan namely; Brgy. Basagan and Brgy. Bulawan with P1.2M each as well as Brgys. Loyuran, Daanglungsod and New Tambo with P600K each.

“The beneficiaries will be tasked to do clean up drives in their respective barangays while some will be involved in tree or mangrove planting. They will be provided with personal protective equipment such as long-sleeved shirts, gloves and hats as well as micro-insurance,” said Chief Amores.

Ms. Juliebeth S. Eltanal, in-charge of Manukan Public Employment Service Office (PESO), expressed her sincere thanks and gratitude to Atty. Buenafe and DOLE Secretary Silvestre Bello III as they were chosen as one of the beneficiaries of the TUPAD Program.