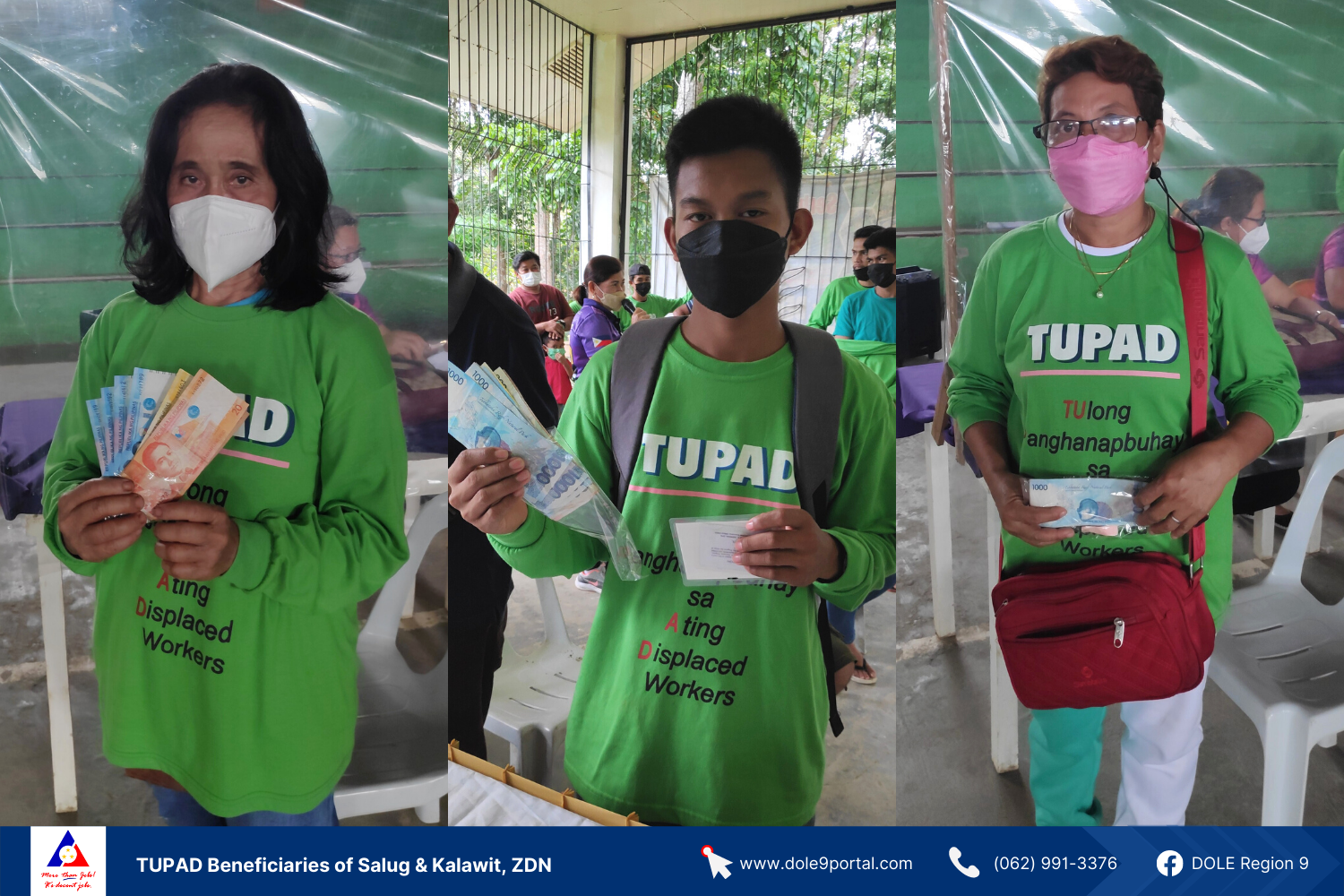 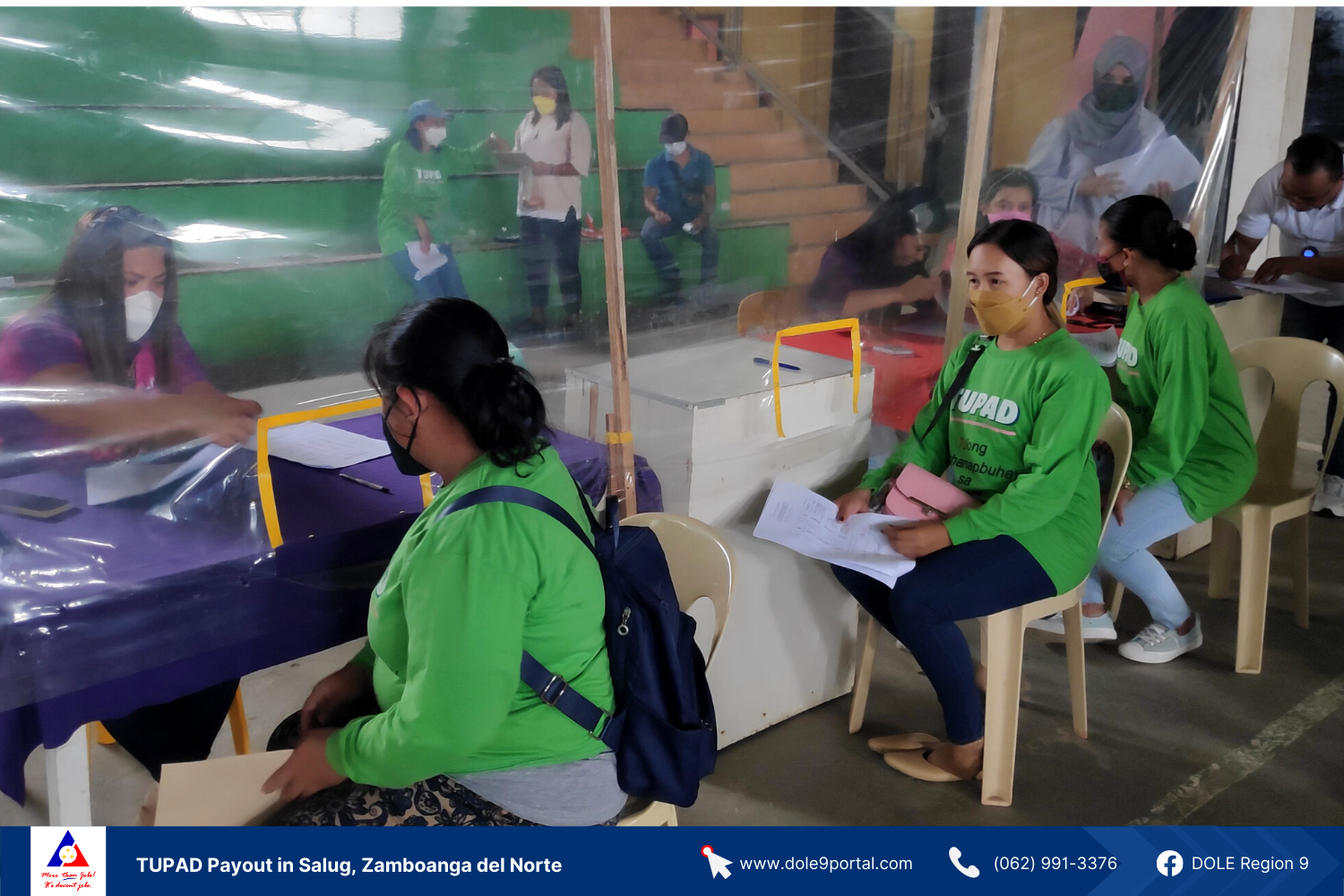 The program is a community-based package of assistance that provides emergency employment for displaced workers, underemployed and seasonal workers.

“In Kalawit, we partnered with Labason Multipurpose Cooperative (LMPC) to help in the implementation and monitoring of the program. The payout coincided with the 32nd Araw ng Kalawit so it made the event more meaningful to these displaced workers,” Director Buenafe added. 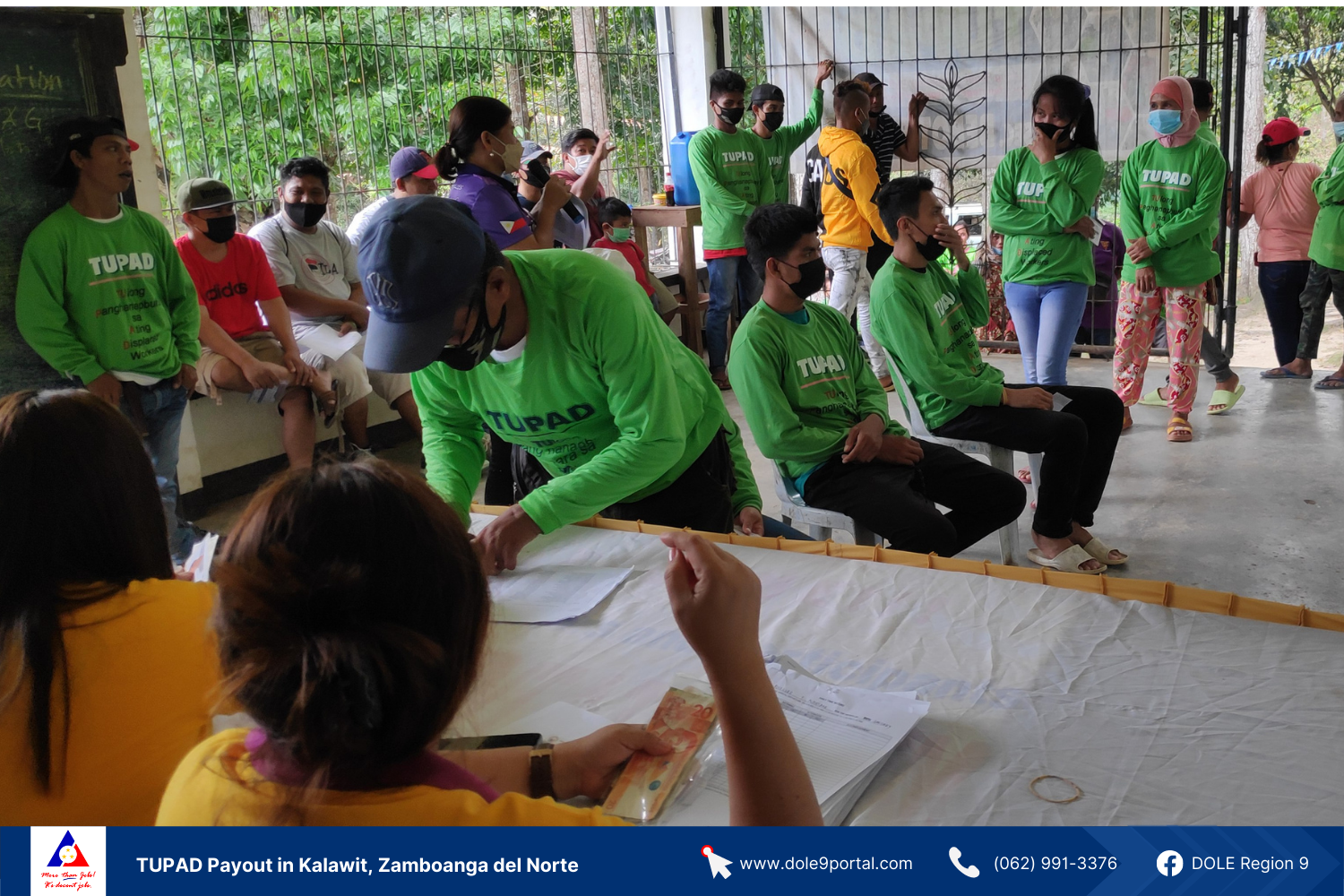 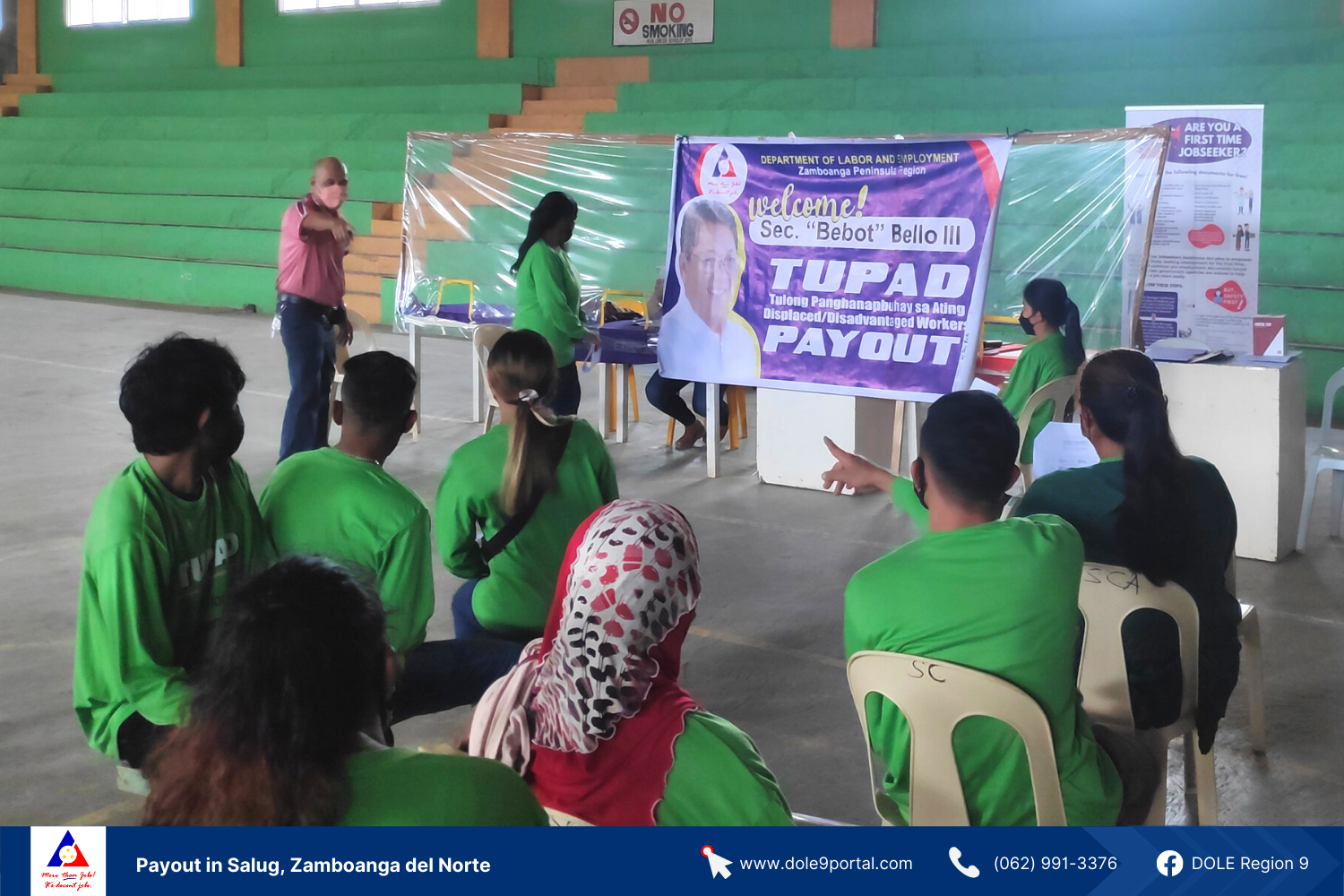 With DOLE Liloy Satellite Office as its implementing arm, the TUPAD program is one of DOLE 9’s contributions to the BP2 initiative of the government in the 3rd district of ZDN – which used to be remote and hardly reached.

Prior to work engagement, beneficiaries were provided with orientation on the program and occupational safety and health last January19-20, 2022 to make sure that they observe proper safety and health protocols,” Director Buenafe claimed.

The beneficiaries were also provided with personal protective equipment (PPEs) such as TUPAD sweatshirt, hand gloves and face mask and enrolled for a one-year group personal accident

“Nakita nako didto, hapsay gyud ang inyong trabaho. Wala gyud nasayang ang kwarta sa gobyerno. (You did a really great job. The budget allotted by the government on this project did not go to waste!),” he said.