The Government Internship Program (GIP) provides opportunities and engage young workers, particularly poor and indigent, to serve the public in government agencies and offices through a three to six months internship.

GIP aims to encourage young workers to demonstrate their talents and skills in the field of public service and eventually pursue a career in government.

In the 3rd district of Zamboanga del Norte, three individuals were fortunately absorbed as Job Orders in their respective assigned offices.

DIVINE REFUGIO
Divine Refugio, a graduate of Bachelor of Science in Hotel and Restaurant Management, is an intern assigned at the Municipal Engineering Office (MEO), Liloy, Zamboanga del Norte. She worked as an encoder of the different projects for the 37 barangays of Liloy. After three months, she was pulled out from the MEO and was assigned at Liloy Tech4Ed Center to serve as additional manpower for the encoding works during the vaccination activities conducted at the municipality. 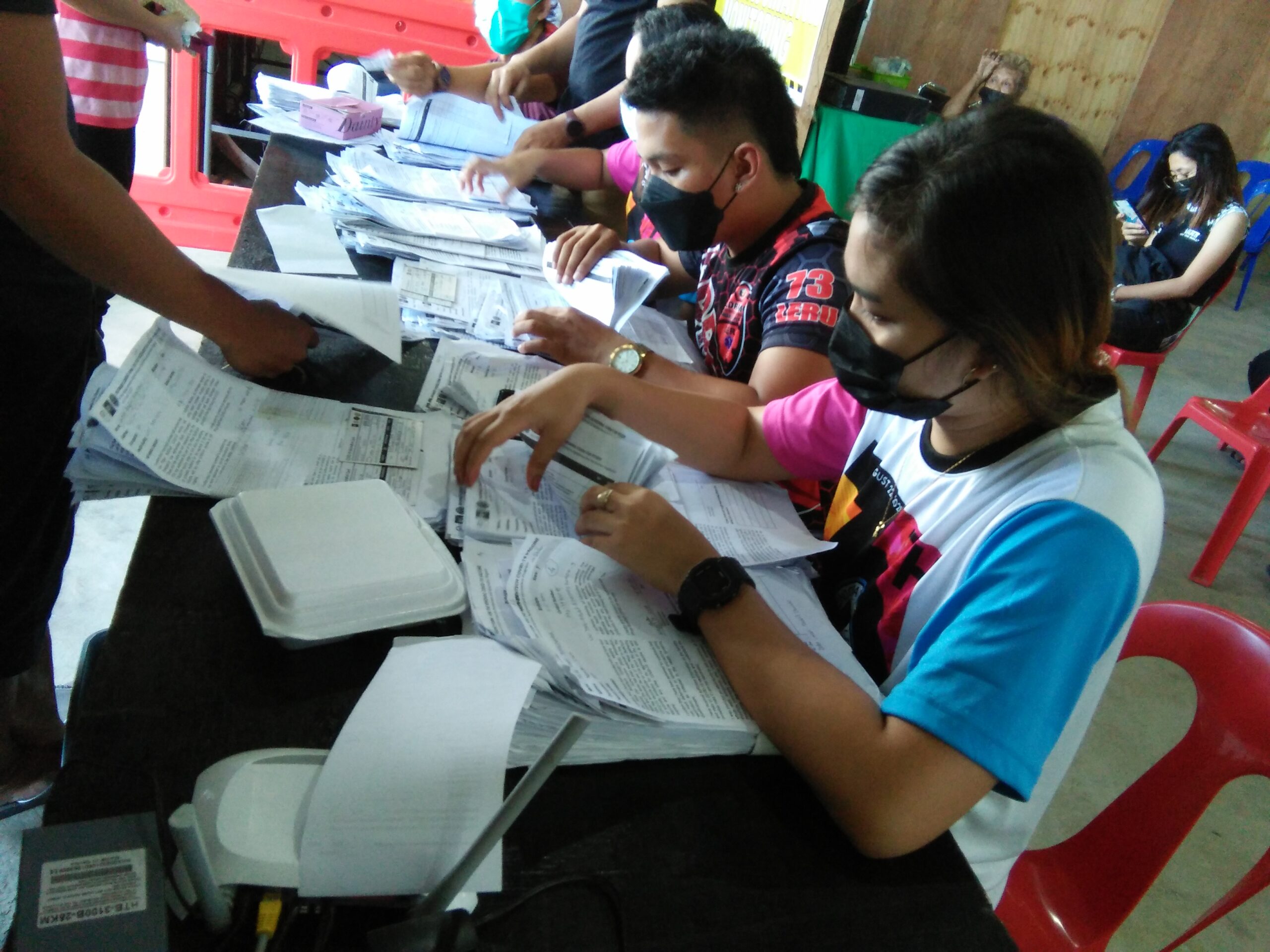 After her contract as GIP ended, she was absorbed as Job Order (JO) by the Local Government Unit of Liloy assigned at the Liloy Tech4Ed Center on October 25, 2021. She now oversees the registration and encoding at the Pre-Vaccination Stage and releasing of records after the post-monitoring of the vaccinees.

Ms. Mae Molina, head of Liloy Tech4Ed Center and immediate supervisor of Divine, appreciated Divine’s work ethics. She shared that Divine is credible as she takes initiatives when it comes to completing a task and capable of dealing with workload pressure.

Ms. Molina also added that she is thankful for DOLE’s GIP Program. She shared that the GIP program serves as a training ground for interns as it provides them the opportunity to improve their skills and abilities, learn more and get a head start on their chosen path.

“Daghang salamat DOLE sa opportunity nga gihatag ninyo sa akoa. Sa kadaghan ni-apply, isa ko sa nakuha as a GIP. Dakong tabang ni alang sa akong pamilya ug sa akoa pud nga mu-improve akong knowledge and skills nga makatabang sa akong panarbaho. (Thank you very much DOLE for this opportunity. I am blessed to be chosen out of the hundreds that applied to the program. This opportunity is not only a huge help to my family but also a chance for me to improve my knowledge and skills to help me in the world of work),” Divine said.

Kia is a graduate of Bachelor of Science in Business Administration and was assigned at the Municipal Accounting Office, where she served as support staff receiving Daily Time Records (DTRs) of all the LGU’s job orders and organizing the Disbursement Vouchers and Certification on Appropriation, Funds and Obligation of Allotment (CAFOA). 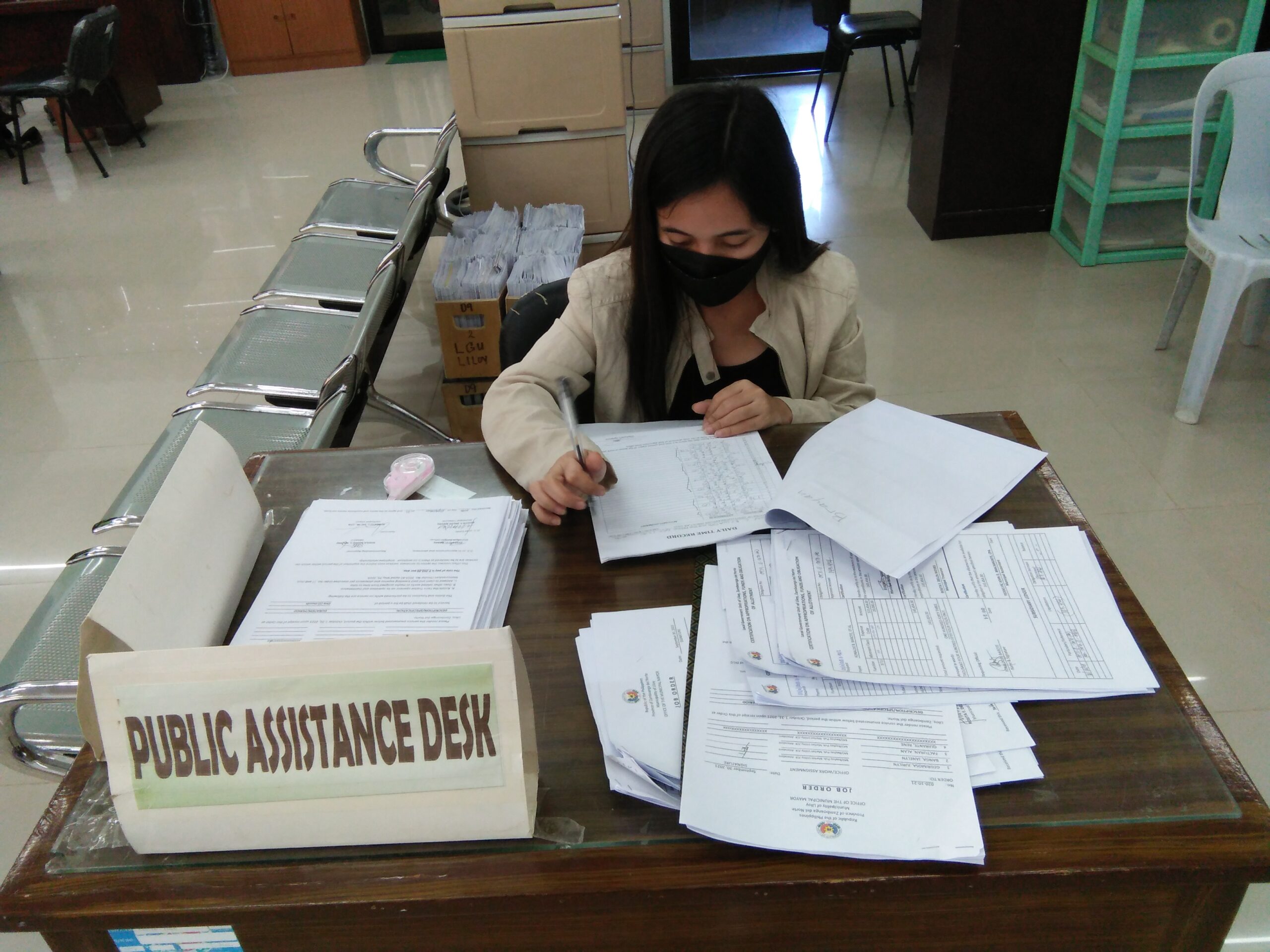 After her six months internship, Kia was absorbed as Job Order (JO) of the Accounting Office. She now served as the designated receiver of the DTRs who prepares the Disbursement Vouchers (DV) and Certification on Appropriation, Funds, and Obligation of Allotment (CAFOA) and sometimes mans the Public Assistance Desk.

Mr. Teodelvic John Bracamonte, LGU Liloy’s Municipal Accountant and the immediate supervisor of Kia, also expressed that Kia has been a hardworking intern.

“Si Kia man gud kay hardworking dayon buotan, dili na siya nimo suguon pa, mu-trabaho ra na siya ug iya, dili pud na siya mamili ug trabaho, which is akong ganahan. (Kia is a very hardworking and kind-hearted. She has the initiative to perform tasks without being told. What I like most about her is that she’s not picky with tasks,” Bracamonte said.

He thanked DOLE for the GIP as interns served as additional workforce on the office and emphasized that GIP is a good avenue for young workers to experience government work.

Kia expressed that she was grateful because the GIP Program helped her not just financially but also contributed to her emotional growth since she lacked self-confidence prior to her GIP experience. She explained that as days passed by as an intern, she gained self-confidence and improved her people skills as she interacts with different people every day.

JOVANNY BUSCATO
Meanwhile in the municipality of Sibuco, Jovanny Buscato, an education degree holder, is an intern at the Public Employment Service Office (PESO) at LGU Sibuco. As an intern, his main job is to assist the PESO in the immediate implementation of DOLE Programs and Services in the locality.

Jovanny was absorbed as job order personnel after his six-month internship. He now serves as a PESO Staff assisting the PESO Manager in the implementation of TUPAD as well as monitoring of TUPAD beneficiaries at the barangay level.

As Jovanny’s immediate supervisor, Mr. Philip Magug, PESO Manager of Sibuco, is also thankful of the GIP Program. The interns have contributed a lot on the respective offices they were assigned in. He also added that he hopes DOLE can add more GIP beneficiaries to be assigned at their municipality.

Jovanny also expressed his gratitude to DOLE for the GIP Program. He shared that his experience at the PESO taught him how to deal with people especially how to facilitate clients who need help. He also emphasized that GIP is a good opportunity to the youth who want to work in the government.