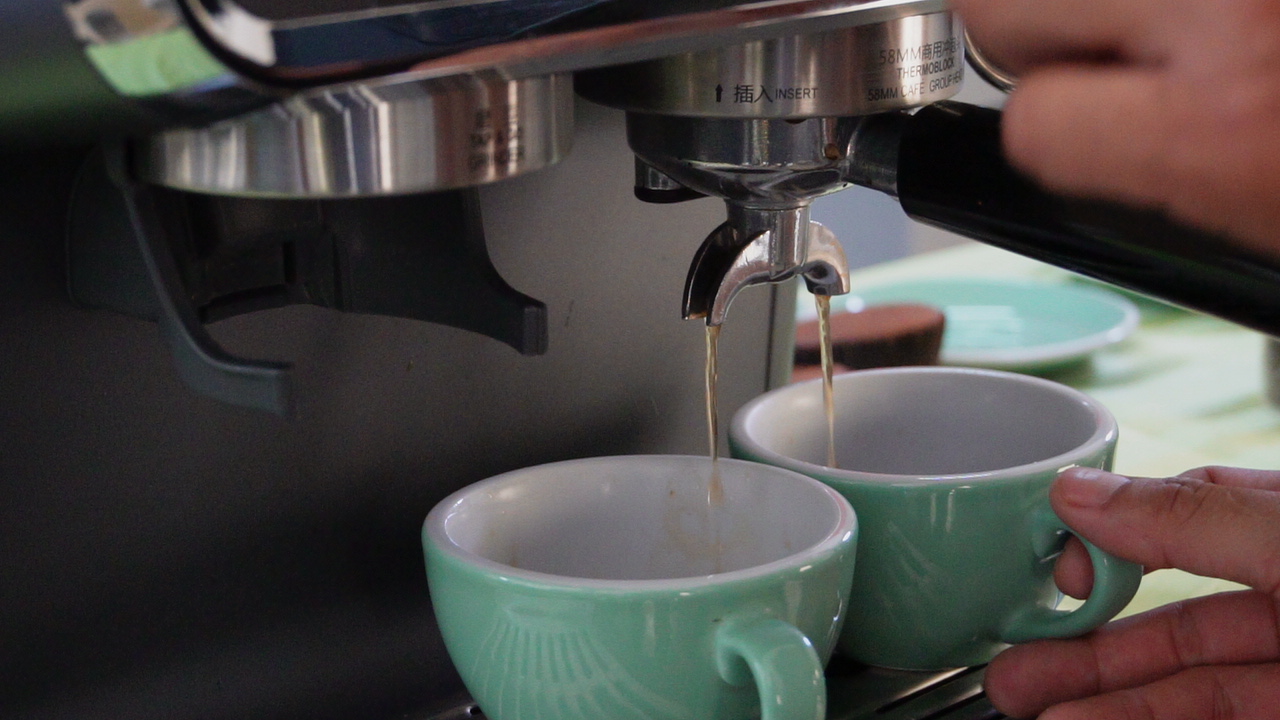 Arnel Loquias’ love for coffee can be felt even through a phone call when I interviewed him for an article.

Spoken as a true barista, Arnel shares his experience as a struggling barista in a small town in Zamboanga Sibugay called Diplahan.

Prior to the pandemic, Arnel worked as a bartender and barista in 2019 at a renowned vacation destination in Bohol as well as several other resorts and coffee shops where he learned to mix and serve drink orders.

When the pandemic struck just after 9 months, he returned to his hometown, displaced.

“It was very challenging because I am back to square one. I was also very worried as well because I had to support my sickly father who’s suffering from diabetes and hypertension. I send him a monthly allowance for his maintenance medicines,” Arnel shares. 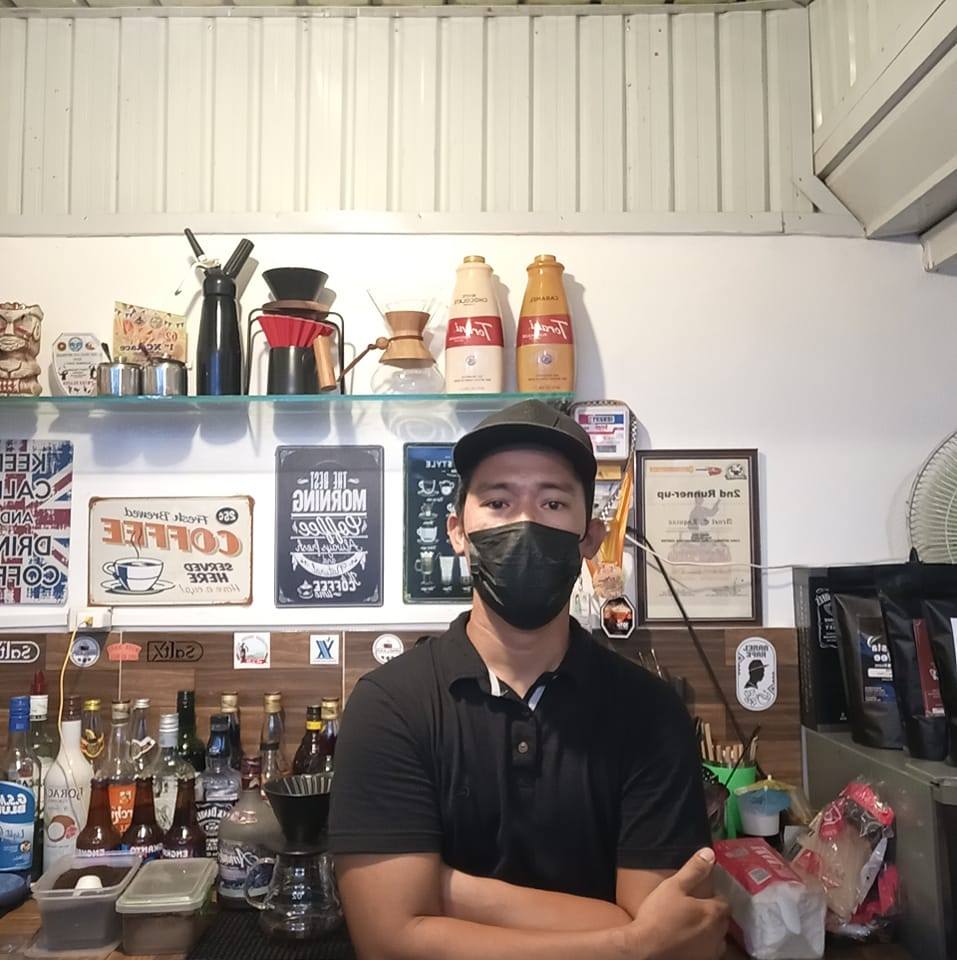 He lived on the little money he saved for his daily necessities and his father’s needs. When COVID-19 restrictions were relaxed, Arnel decided he’d put his skills to good use and put up a pop-up coffee shop in the street near his home. He purchased a kettle and V-60 dripper to make his signature coffee drinks.

His street cafe made it into social media and before he knew it, customers flocked his little space.

“I rented out a very small space near the Diplahan town square, nearby other food shops. With a rent of 4,000 pesos a month, I was able to serve hot and cold drinks to customers.

The money I earned also went into purchasing additional supplies and equipment for the shop,” he said.

It was during one of these days an employee from the Department of Labor and Employment (DOLE) 9, Edyll Grace Poligrates, chanced upon his shop. After hearing his story, he was endorsed to the Public Employment Service Office of Diplahan for possible livelihood enhancement in the form of tools and jigs.

The assistance is under the DOLE Integrated Livelihood Program (DILP) which is a livelihood formation strategy that is intended to bring about improved socio-economic well-being of workers in the informal economy, in groups/sectors with special concerns, and displaced wage workers (local and overseas) and their families.

Further, it opens economic opportunities to the vulnerable and marginalized workers by providing them access to grant assistance for capacity building on entrepreneurial ventures, for either individual or group undertaking.

Arnel naturally requested an espresso machine to produce espresso which is the base for most coffee drinks.

According to the Product Nation website, espresso is made by forcing pressurized water at a boiling point through a “puck” of ground coffee and a filter to create a thick, concentrated coffee known as espresso. In espresso machines, near-boiling water is pushed through the ground coffee at a high speed. This pressure is what gives espresso its bold, concentrated taste.

With his new equipment, he even whipped up coffee drinks for all DOLE employees in the office. 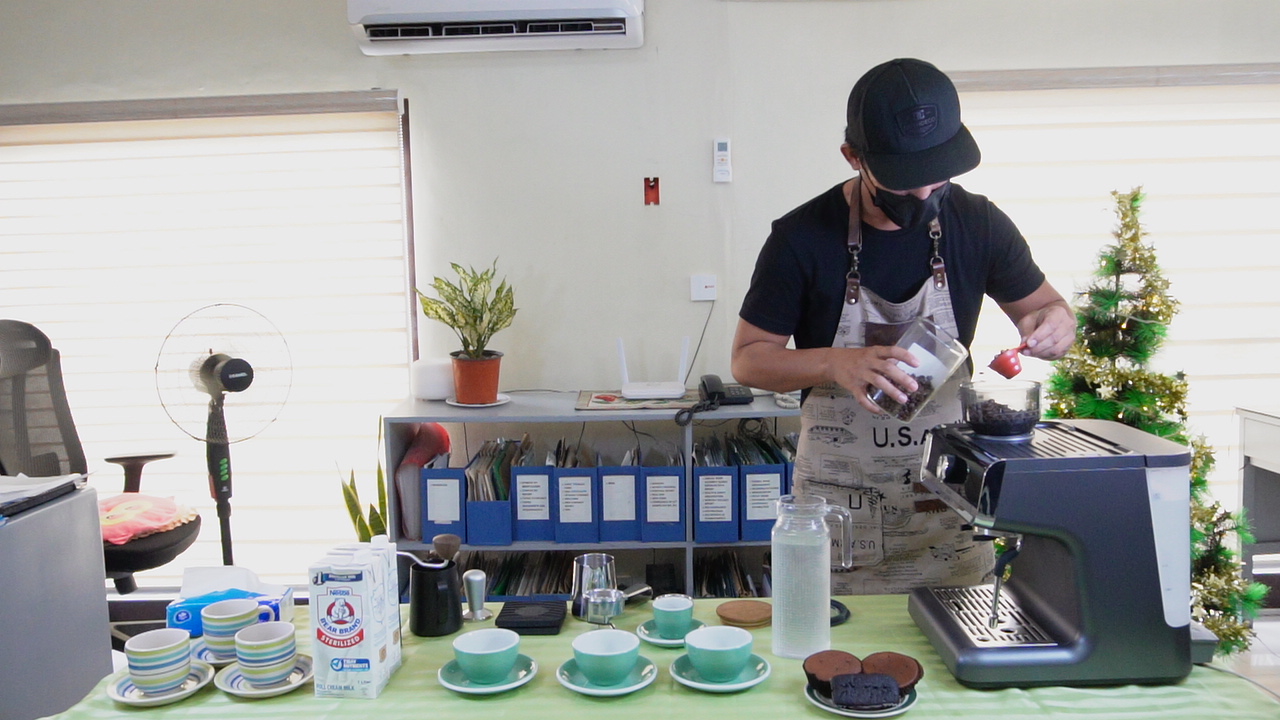 “I am truly grateful to DOLE for the livelihood assistance. This machine will help me go a long way in preparing coffee drinks for customers especially since I am the only one manning the coffee shop,” Arnel excitedly shares.

What’s next for Arnel Coffee?

When asked about what his dream for his career was, Arnel straight up said that he wanted to mentor new baristas in his hometown since he owed this success to his mentors and friends in the Philippine Coffee Guild.

“I want there to be more baristas – the main reason being if there are more baristas, there will be more demand for coffee beans and more business for our coffee farmers,” he claimed.

Arnel locally sources his coffee beans from farmers in Bukidnon and Cotabato and plans to continue supporting the coffee industry in Mindanao and eventually in Region 9.

“I want to put Zamboanga Sibugay on the map as one of the best coffee makers in the Philippines. And to do that, we’ll need high quality beans, proper equipment and people willing to be trained in the art,” says the hardworking barista.

While working on this huge goal, Arnel plans to tackle a smaller one by hiring and training a new personnel once he opens up a branch in Ipil town.

Arnel is very optimistic about these plans as he now profits a little over 25,000 pesos a month.

So what’s his advice for beginners? He answers, “For those who want to start a coffee shop, all you need is hard work, the willingness to learn new things and develop networks in the industry. Most of all, you have to love the craft with all your heart.” END