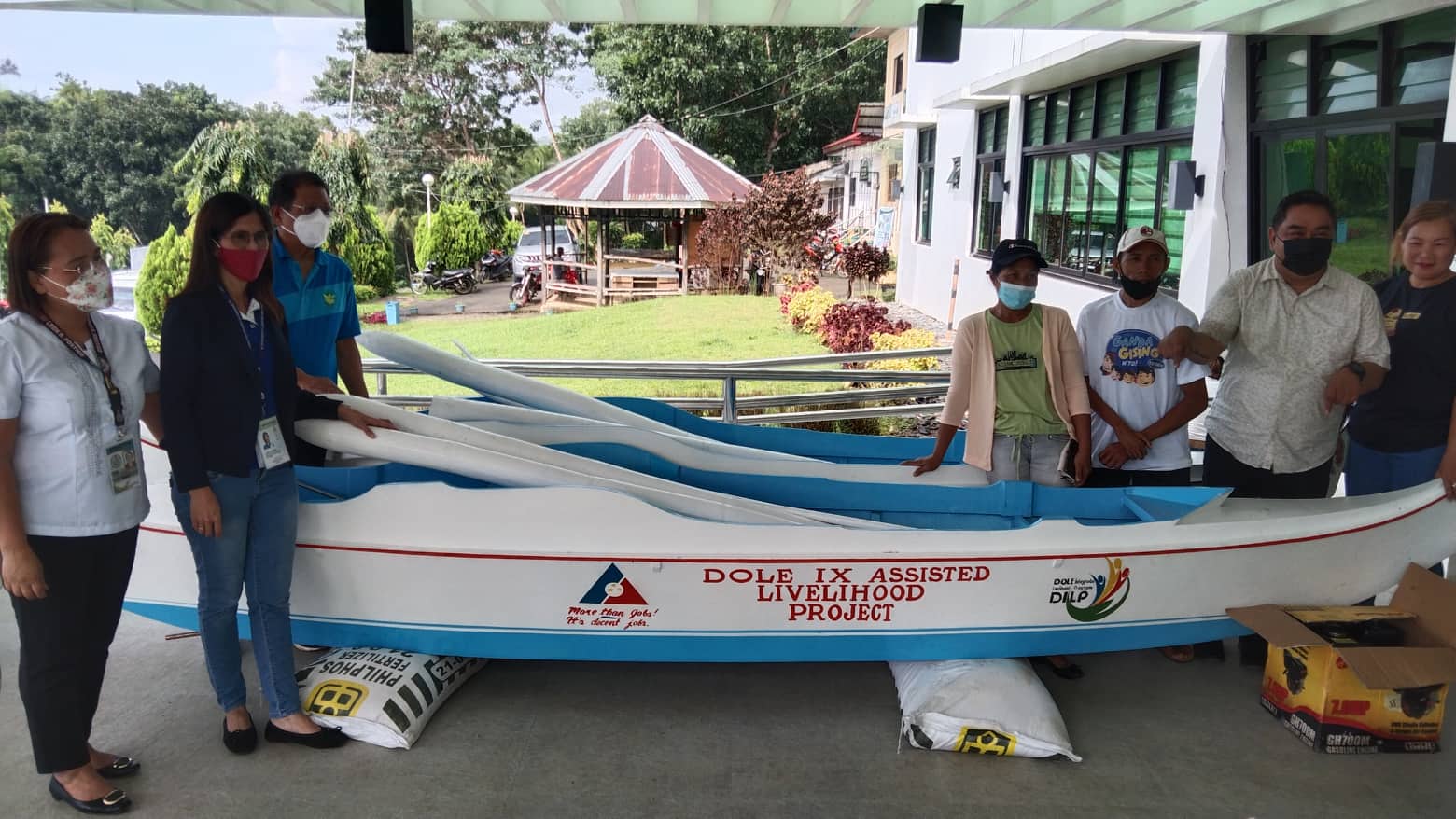 According to Jesusa A. Camion, PESO Manager of Leon B. Postigo, the 48 beneficiaries were composed of persons who used drugs, persons with disabilities, senior citizens and residents of Barangay Tinuyop, a conflict-vulnerable area identified by the National Task Force to End Local Communist Armed Conflict (NTF-ELCAC).

Lestie A. Selda, who received a PVC installation starter kit, is one of the members of the Alsa Masa Service Provider Association based in Barangay Tinuyop. She expressed her gratitude to the government for the help extended to their community.

Nasser A. Sappal, a PWD and resident of Brgy. Palandok received a motorized banca. He shared that he’s been fishing for almost 20 years assisting his cousin who owns a light boat.

Through the KSK, he now owns a boat. Despite his disability, he plans to save some money to purchase a fish net and pasol (fishing rod) and also to ask his nephew to assist him when going on a fishing venture using his new boat.

Meanwhile, Gundino B. Omos, FACOMA cooperative chairperson, expressed his gratitude to DOLE for tapping them as partners to implement DILP. He also encouraged the beneficiaries to utilize their starter kits for them to earn additional income.

KSK Program is a grant assistance provided to skilled and marginalized workers to improve socio-economic well-being of workers in the informal sector. (EDT/KCG)