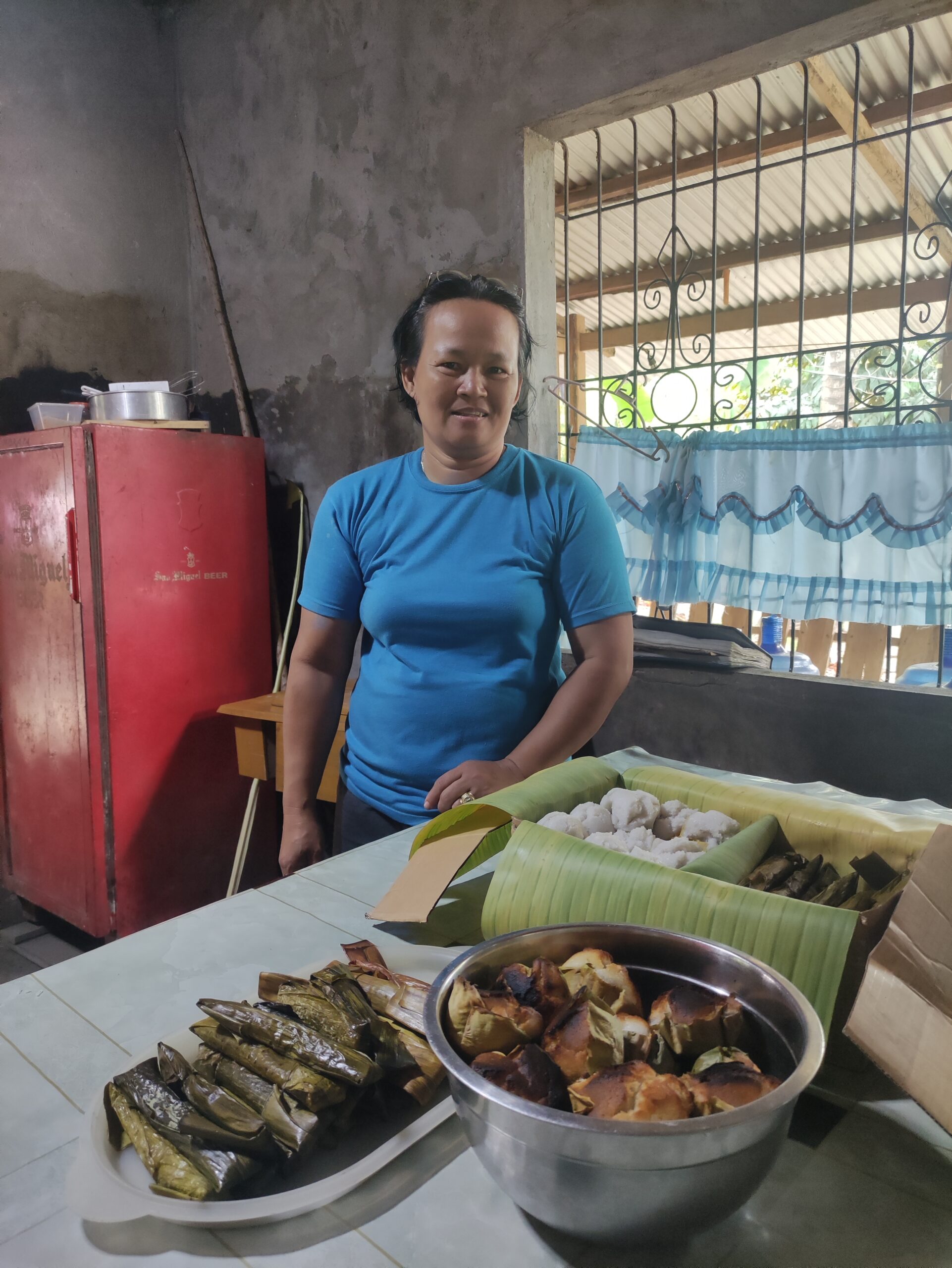 Marivic or fondly called Bing has been selling kakanin such as budbud and puto for almost 30 years now. She continued the business on her own after her mother, who taught her the trade, passed away.

She sells budbud and puto for five pesos each.

Prior to DOLE’s intervention, she shared that her business was slow, “hinay pa kay gamay pa ang himan,” Bing quipped. She shared that she earned around 5,000 per month.

Bing received a Food Processing KSK which is composed of an electric rice grinder (Galingan), and large stainless steamer.

After DOLE’s intervention, her income doubled as she produces more every month through the use of the large stainless steamer.

She shared that she makes her product per order basis with a minimum of 50 pieces per order. Customers only have to call to place an order and pick them up at her home. To widen the reach of her products, she works in partnership with a seller who includes Bing’s kakanin in her menu.

Bing earns the most during special occasions such as fiestas, araws and Christmas holidays as her kakanins become a staple in these celebrations. Apart from residents of Labason, her regular customers include residents from neighboring towns such as Liloy and Gutalac. Her products also served as pasalubong when one travels to Dipolog City, Pagadian City or Zamboanga City. She even bragged that her products were once brought abroad.

To expand her business, the hard-working mother began to add new food items such as bibingka and hopes to obtain an oven for this new venture.

Bing and her fisherman husband were able to send their four children to school through her kakanin business. Two children graduated from Southern Peninsula College, who now have families of their own while the other two are still studying.

Bing also shared that part of her income also goes to her savings as she is a member of Labason Multipurpose Cooperative. END (With report from Joni Sarina Mejico, ZDNFO)