Engr. Julius C. Daniel of Nancy Fishing Corporation, has been elected as the new PHAC president. He was elected by the 48-member cooperative during the General Assembly held last April 1, 2022.

Outgoing PHAC President Engr. Jaydrick Johnson Yap turned-over the key of responsibility to Engr. Daniel in the presence of partner government agencies. The latter thanked the cooperative partners for entrusting him with the position and expressed his commitment to lead the organization to the best of his abilities. 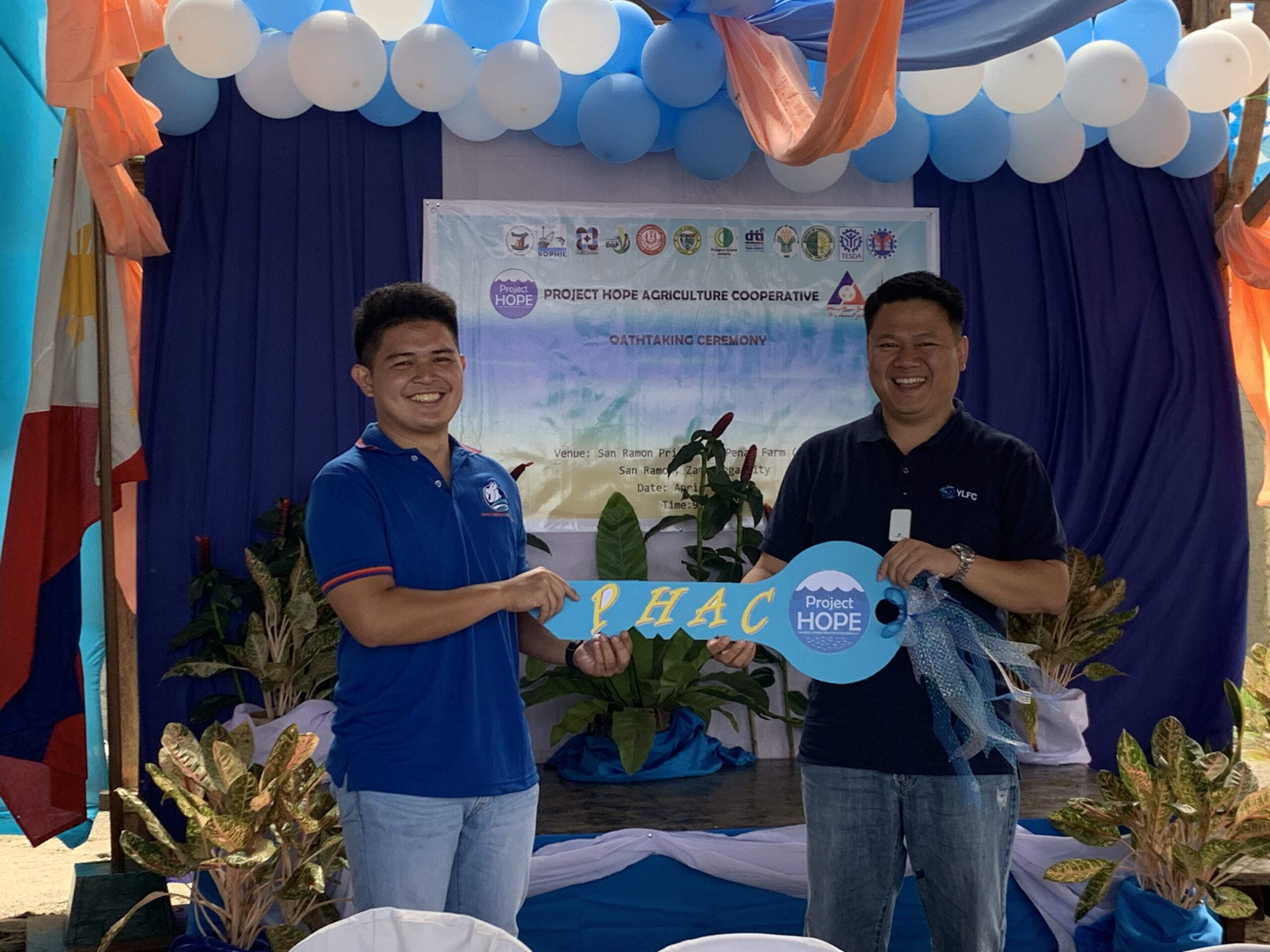 RD Buenafe, in his message of support, warmly congratulated the newly elected officers and challenged them to improve on the project’s current status especially that government agencies have poured a great deal of resources into it.

He also mentioned the recent partnership with the Bureau of Corrections (BuCor) through a signing of Memorandum of Agreement held last March 18, 2022.

“This is the first engagement of DOLE and BuCor nationwide. The rationale being that Project HOPE alone cannot produce the volume of vegetables required by the canning companies. With BuCor’s farming project participated in by PDLs (persons deprived of liberty), PHAC will be able to increase vegetable supply. This will also help the PDLs secure income from the project.”

Present to witness the oath taking ceremony were representatives from partner agencies WMSU College of Agriculture, Office of the City Agriculturist, Zamboanga ECOZONE, Department of Public Works and Highways, Technical Education and Skills Development Authority, Development Bank of the Philippines and SOPHIL.

Project HOPE is an interagency intervention led by DOLE 9 which began in 2017. It aims to address the displacement of workers in the Fishing and Canning industry during the annual Closed Fishing Season in Zamboanga Peninsula by providing alternative and sustainable sources of income to the affected workers and their families through agricultural farming. END